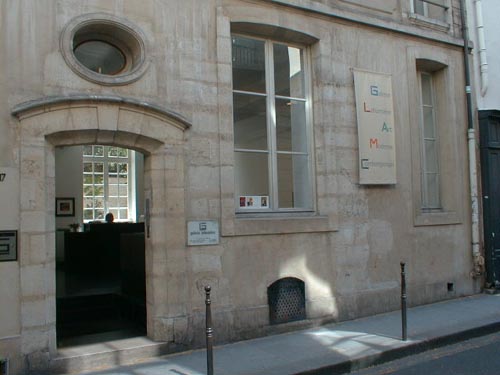 Anne and Jean-Claude Lahumière founded Galerie Lahumière in 1963. Five years ago they moved to an 18th-century building in the heart of the historic Marais district in Paris, a stones throw from the Picasso Museum. At an early date they joined the Comité des Galeries dArt, of which Anne became president in December 1993. The gallery participated in the emergence of the first international art fairs in cities such as Basel, Paris, Cologne, and Frankfurt. In the past thirty-two years, the gallery has attended at an average of five fairs per year. In November 1999, Anne was elected president of the European Federation of Art Gallery Associations. In recent years, Galerie Lahumière has strengthened its commitment to geometric and constructed abstraction. It represents not only historic artists within this movement – Cahn, Deyrolle, Gorin, Herbin, Legros, Magnelli, and Vasarely – but also contemporary and vanguard artists such as Bauduin,Bézie, Dubreuil, Gasquet, Jacquier-Stanjnowicz, Pondruel, Popet, and Prosi. More and more, say the Lahumières, our role involves mounting educational exhibitions, reinforcing the image of little-known artists. We feel that the concept of constructed art is still consistently creative at the start of this new millennium despite the development and constant rejuvenation of the art scene, convincing us of our commitment. The gallery puts its weight behind every work. Our criterion of quality is simple – we ask whether a work has a place in our own collection, and at that point we can sell it to a collector.