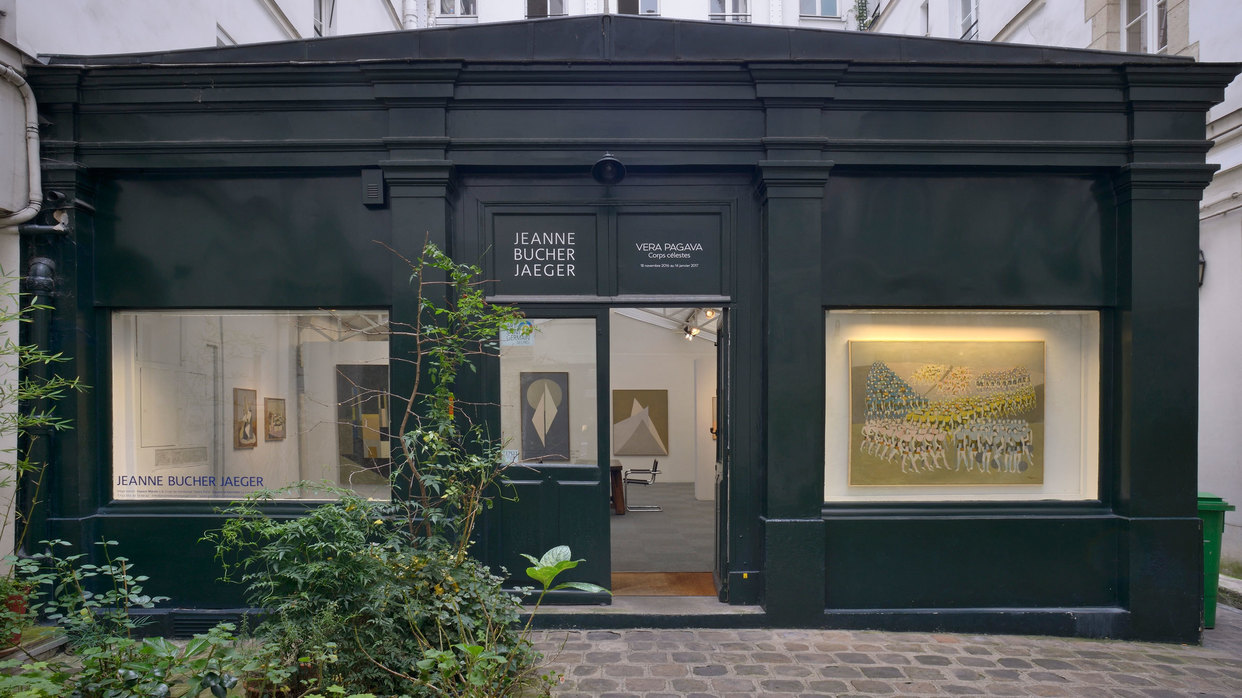 Founded by Jeanne Bucher in 1925, the gallery established its reputation with now well-known avant-garde artists such as Arp, Braque, Campigli, De Chirico, Ernst, Giacometti, Gris, Kandinsky, Klee, Lapicque, Laurens, Léger, Lipchitz, Masson, Miro, Mondrian, Picabia, Picasso, Tanguy et Torres-Garcia.… Since 1947, its activities have developed under the directorship of Jean-François Jaeger and have concentrated on working directly with the artists from the 1950s and 1960s for which it is now principally known (Bissière, Dubuffet, Jorn, Nevelson, Reichel, Staël, Vieira da Silva), as well as more recent international figures.

The gallery is well-known for the quality of its exhibitions as well as for its contributions to major international museum exhibitions. Its activity is indissociable with artists for which it represents the estates and realizes the expertises : Roger Bissière, Fermin Aguayo, Arpad Szenes, Vieira da Silva et Nicolas de Staël.

Its primary aims are to continue to represent this group of artists internationally and to ensure the promotion of new ones under the presidence of Jean-François Jaeger and the co-direction of Véronique Jaeger and Frédéric Jaeger.