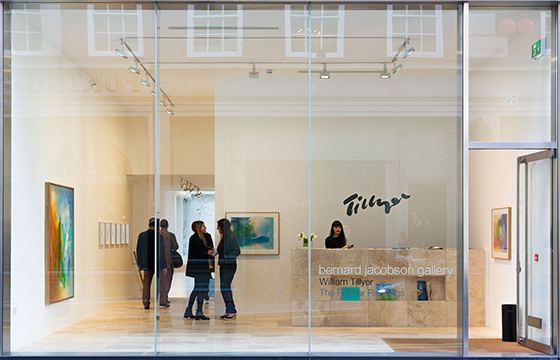 Over the last 15 years the gallery has established a reputation as the leading dealer in modern British art. The Gallery has large stock holdings of the work of David Bomberg, Ivon Hitchens, Peter Lanyon, Ben Nicholson, Stanley Spencer and Graham Sutherland.

The Gallery represents contemporary British artists including Marc Vaux, Phillip King (recently elected president of the Royal Academy), Glynn Williams and William Tillyer for whom we organize exhibitions in the gallery and in museums in England and abroad.

Bernard Jacobson was one of the founders of Modern Painters magazine. 21 Publishing the company behind Blimey!, It Hurts and the infamous Nat Tate was founded by David Bowie, Sir Timothy Sainsbury, Karen Wright and Bernard Jacobson in 1997.