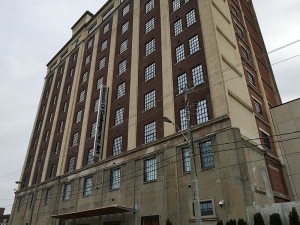 he museum, originally known as the Museum of Contemporary Canadian Art (MOCCA), was founded from the former Art Gallery of North York in 1999. In 2005, MOCCA relocated to a repurposed textile factory in the West Queen West Art + Design District in downtown Toronto. The City of Toronto government funded the half-million dollar renovation of the building.

In 2015, with its building about to be demolished and replaced by condominiums, MOCCA hosted an interactive exhibit by Dean Baldwin entitled Queen West Yacht Club. At its former location on Queen West, the museum functioned as a hub for creative exchange and played a critical role in shaping the city’s contemporary art scene. Through a commitment to collaborative partnerships with leading like-minded artists, organizations, institutions and festivals from Toronto and further afield, MOCCA connected the city to a national and global network of peers.

MOCCA featured the work of over 1,100 Canadian and other international artists, hosted 200+ exhibitions and welcomed 40,000 annual visitors. As the lease on Queen West wound down, the need to move provided an opportunity to seek a larger space that could accommodate the museum’s ever-growing aspirations and significance.

In September 2018, the museum was moved to the Tower Automotive Building.
In 2016, the museum changed its name to the Museum of Contemporary Art Toronto Canada (MOCA). In September 2018, MOCA moved into a 55,000 square foot purpose-designed home in a former industrial space at the heart of a new neighbourhood in the Lower Junction.[9] The museum received funding from the Canada Cultural Spaces Fund.